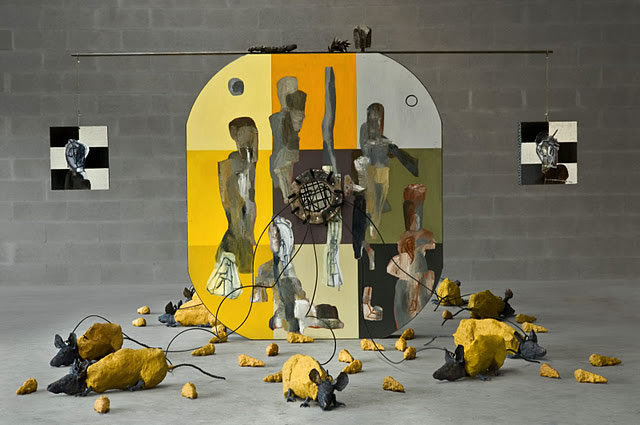 A thematic exhibition, “The Column of Infamy”, presented in Erarta Museum of Contemporary Art, St. Petersburg, Russia is an art installation by an Italian artist from Milan, Ariel Soulé, and an American sculptor from Los Angeles, Simon Toparovsky. It has been designated an official part of a year-long cultural exchange program between Russia and Italy. La Colonna Infame introduces the Russian audience to the artists’ poetic, visual and philosophical examination of dramatic events that took place in Italy during the Plague in the 17th century.

In ten years of working together between two cities, Ariel Soulé and Simon Topaovsky have created a number of thematic exhibitions, which offer the artists’ interpretation of ideas and events from world history that have influenced human perception and brought about social change.

La Colonna Infame presents an installation of sculptures, metal structures, found objects, and wood panels with mounted oil on canvas paintings. The combination of sensual and narrative contexts along with a spectacular, site-specific layout of space in four museum galleries, sets the stage for a dynamic theatrical event, “a uniform spectacle”. The treatment of images in dual interpretation and the introduction of objects multiplied in numbers, repeating and shown as reflections, create a rhythm of color, texture, and form within each section of the installation and throughout the whole exhibition. Painted abstracted forms and color fields add to the emotional and intellectual intensity of the work, while the sculptural parts disclose the gradual development of thought process. Together they narrate a story full of allegories and symbolism, poignant references and counterpoints.

La Colonna Infame by Soulé and Toparovsky is inspired by the essay Storia della Colonna Infame (Story of the Column of Infamy) by the renowned Italian writer Alessandro Manzoni, written as an appendix to his novel, The Betrothed, considered the best novel of the century in Italian. I Promessi Sposi (The Betrothed) was first published in 1827, but Manzoni was able to publish his accusatory essay only with the second, re-worked edition of the novel in 1840. Exposing criminal prosecutions during the old political system, Manzoni describes a famous trial of 1630 in Milan. The name of the essay refers to a column standing in place of the demolished house of Giangiacomo Mora. After Mora’s execution in 1630, the column was erected to bring shame to his name and as a warning to the citizens of Milan. In the novel The Betrothed, Manzoni had already mentioned the trial of the “anointers” of Milan, who were accused of smearing the walls of the city with “deadly ointments” infected with the plague virus for the purpose of spreading the disease and killing more citizens.

Falsely accused, Giangiacomo Mora, a barber, and Guglielmo Piazza, the Commissioner for Public Health in Milan, were condemned, subjected to severe torture and executed.

The famous Russian poet Alexander Pushkin highly appreciated Manzoni’s literary work. He had Manzoni’s books in his library (Rukoiu Pushkina. pp. 555-556) and the possibility cannot be excluded that Manzoni’s description of the monstrous torture and executions of innocent citizens of Milan in his novel The Betrothed, had provoked Pushkin’s response with a breakthrough idea to celebrate life in the times of the Black Death-the plague in A Feast During the Plague, written in 1830. Despite the prevailing belief at that time that the Plague was God’s punishment, Pushkin builds the events of his tragedy on the idea of daring the Christian moral principles of fear and humility, threat and penalty, giving victory to the fearless person, challenging, to the maximum, the forces that are beyond his control. ¹

Soulé and Toparovsky likewise look for their inspiration to the written accounts of contemporaries and to the description of dramatic events in works of the authors of the time, having found a theme for their new installation in the description of La Colonna Infame in Manzoni’s essay. The Russian audience, well familiar with Pushkin’s work, will undoubtedly be able to draw a parallel between the ‘little tragedy’ by the Russian poet and the installation La Colonna Infame, both having challenge to death as a theme.

Svetlana Darsalia, art curator
(excerpted from the essay for the catalog)

¹ Walsingham’s song from A.S. Pushkin, A Feast During the Plague, the Little Tragedies, 1830.

There is rapture in the battle,
And on the edge of gloomy void,
And in the midst of fuming ocean,
In ghastly waves and fiery night,
In the Arabian tornado,
And in the gust of coming Plague.

What ever threatens us with loss,
Conceals for mortal heart
Strange pleasures-
As, may be, promise of immortal life!
Content is who amongst disaster
Could recognize and live it all.

Thus,–praise to you, oh, Plague!
The dark of grave won’t be a scare,
We won’t succumb to your vocation!
As one, we raise the bubbling cups,
And drink the breath of virgin-rose,–
Perhaps… already filled with Plague. 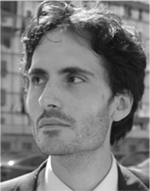 Perhaps there are only two ways to measure oneself with History. Either to sublimate it, channeling it to the grotesque; or by destroying it and restructuring the phases by taking possession of its motifs to begin to have personal access to the mystery of its labyrinths.

The latter coincides with how artists Ariel Soulé and Simon Toparovsky have conceived the arresting and epic installation La Colonna Infame. In it, conceptualization remains sovereign; abstraction is explored, but latent in a seductive ambiguity. The ability by which the artists relate to a significant moment in the world experience is a reflection of the world we each know, not an alternative reality. The installation lives with laws of its own. It has its own alphabet. The resonance of this artwork, as Walter Benjamin wrote about History, is the indispensable dialog with Memory.

The artists involve more than an intelligent reflection of the effects of the past on the present involving the values of justice, dignity and human rights. Their work should not be understood as nostalgic longing, but rather can be explained as a demonstration of belonging to our time. They re-establish, through reference and staging, an invitation to see the balance of ourselves and the past, more in a philosophical than in an historical sense.

In the hands of Ariel Soulé and Simon Toparovsky painting and sculpture create an evocative instrument through which the original context of the artwork and its universal significance arouse personal reflection. Their “palette” is a poetic association of painting and sculpture and found objects used as a single whole to describe the complexity of the “chiaroscuro of existence”. Ariel Soulé and Simon Toparovsky reveal to us that each time History repeats its dynamics, it moves by combining the next set of articulated similarities. On the broader critical plane it is clear that the artistic intuition that unfolds in the installations tells us that they are conscious of the repeated whims. We are lured into our own inevitable rhythm, a cyclical returning, not least by the vibrancy of what is portrayed– both what is hard and what is beautiful. The whole installation is, for this reason, an imposing and solemn mirror.

La Colonna Infame of Ariel Soulé and Simon Toparovsky establishes the meeting point for the intersection of a number of considerations, including the relevance of the psychological but also the political in art. The work of these two artists comprises a map with which to navigate some of the next aesthetic and cultural issues of our time. 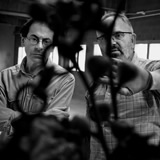 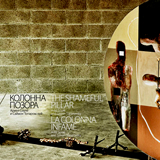 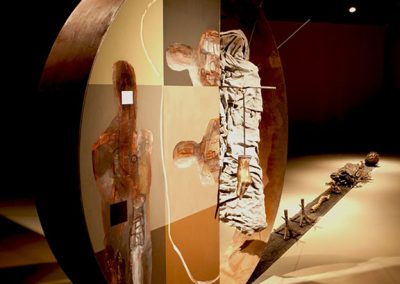 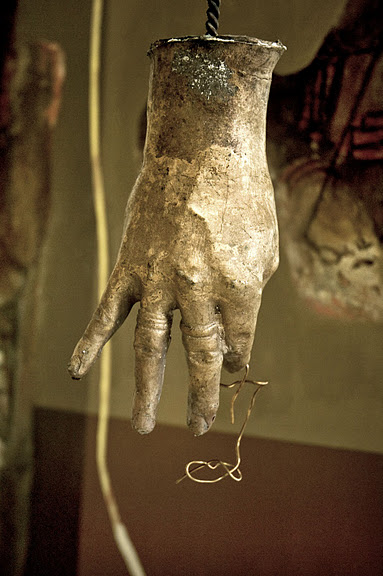 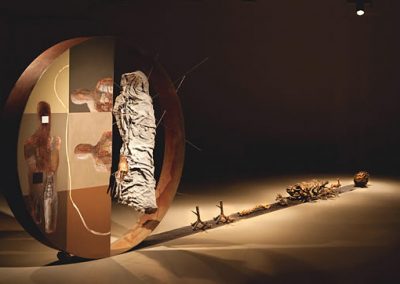 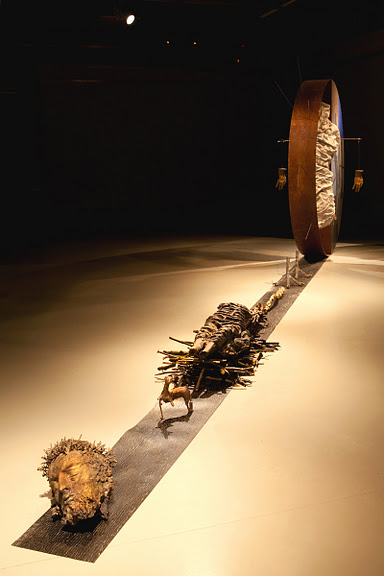 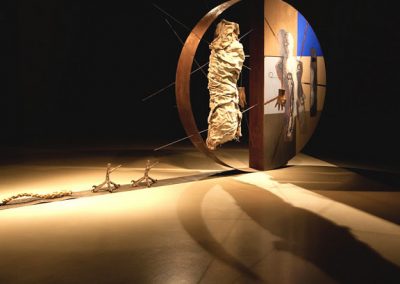 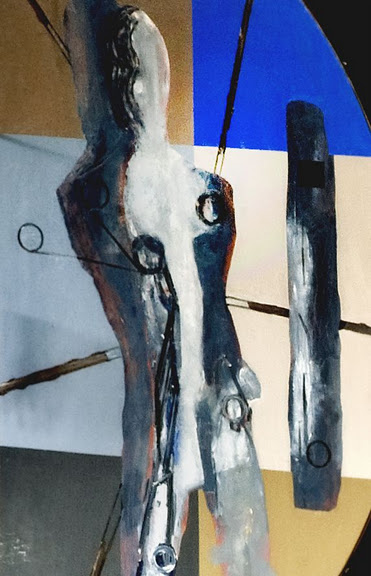 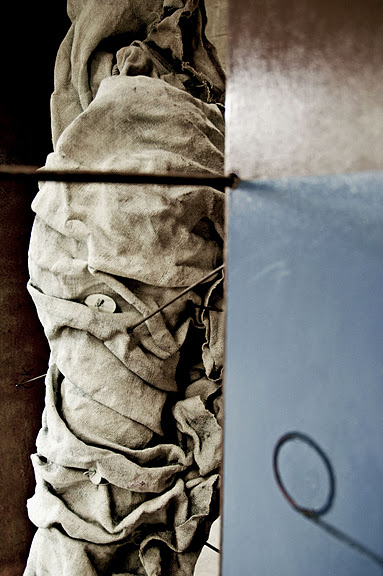 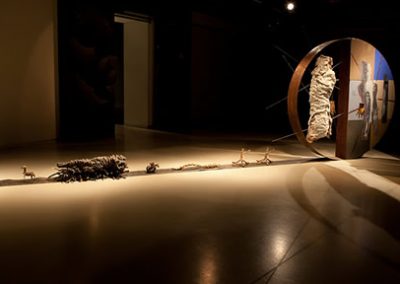 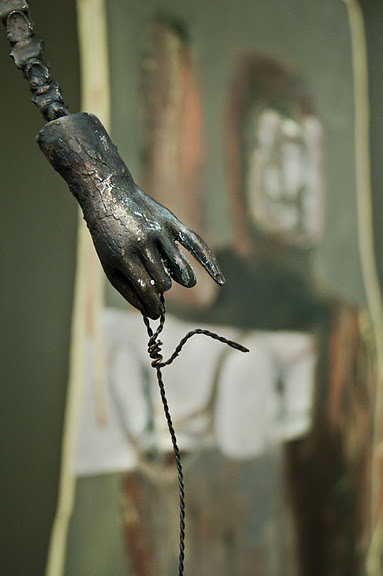 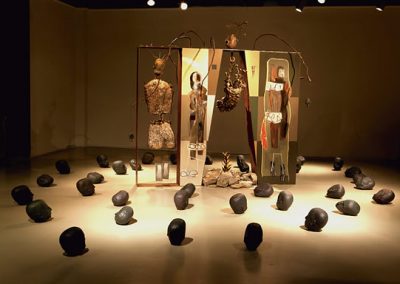 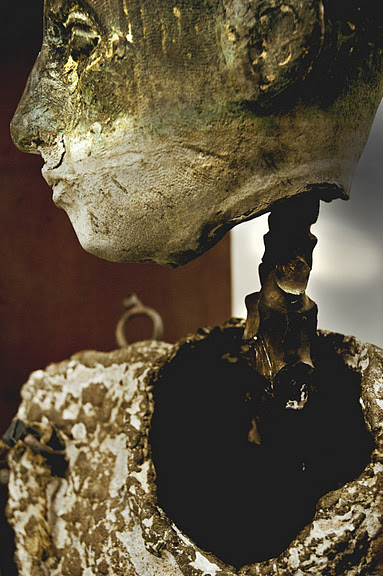 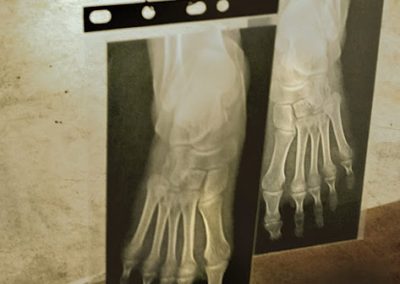 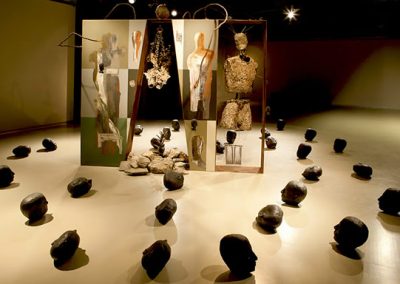 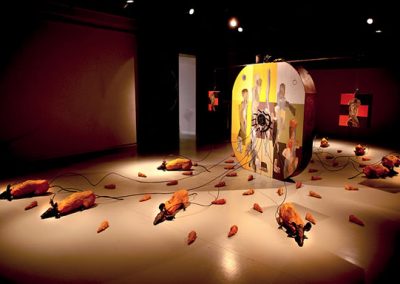 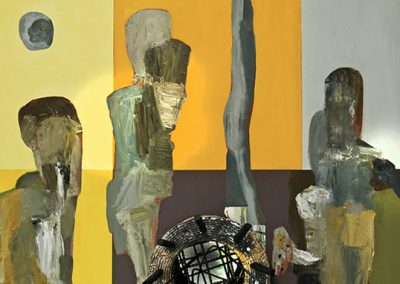 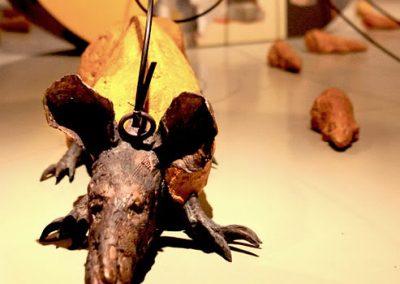 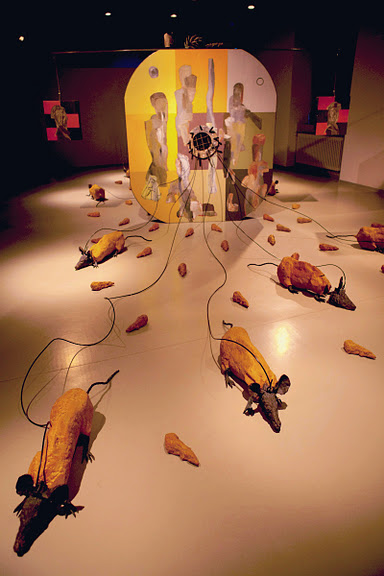 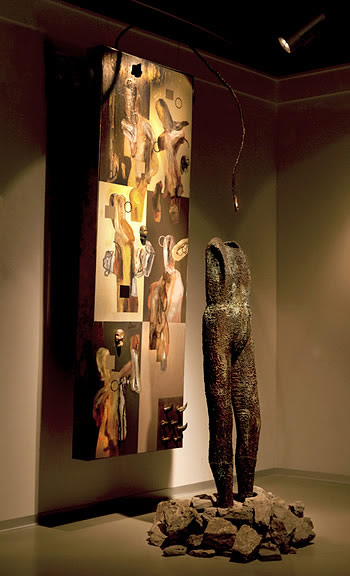